The Journal of MODOK Studies #3 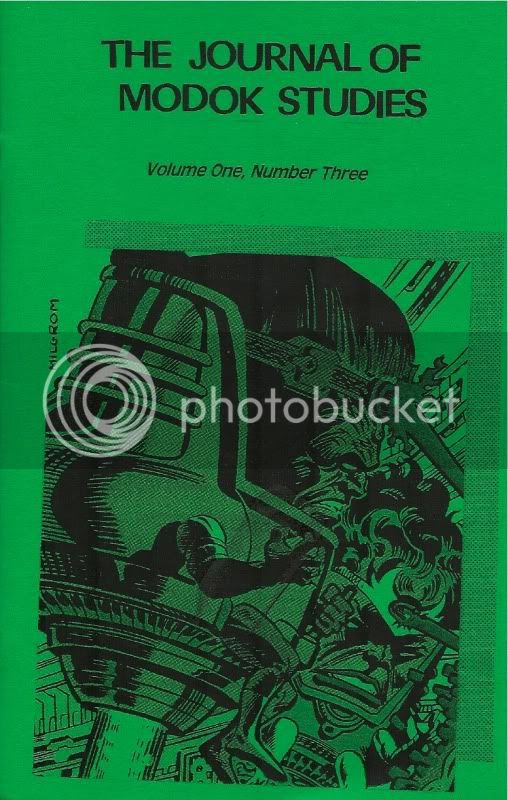 And finally, here's the third issue.

I'll start uploading the junk from the never-before released issue and other MODOK related things soon.

Here's the download link.
Posted by George Tarleton at 10:37 AM 4 comments:

The Journal Of MODOK Studies Number 2 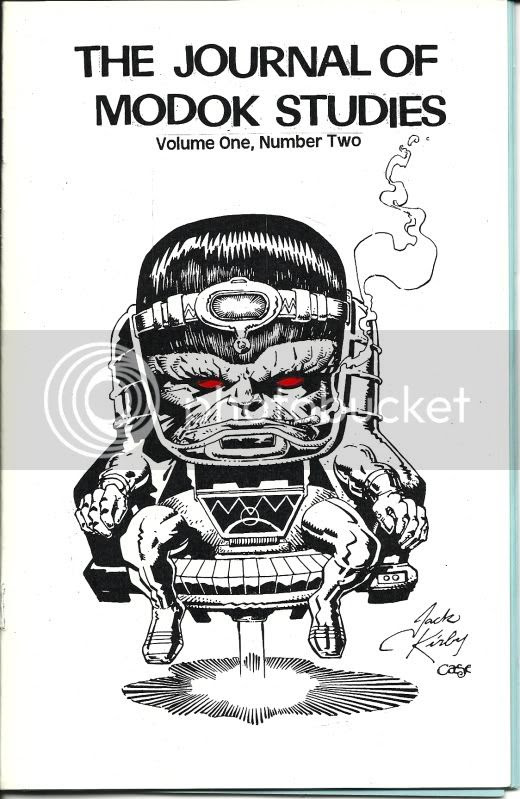 This is, obviously, the 2nd issue of The Journal of MODOK Studies.

Read this one carefully, especially the last 2 pages. You'll find out that even though cramming MODOK jokes and references into as many comics as possible is the new "hip" thing to do over at the House of Ideas, editor Joe Quesada didn't even know who MODOK was when this was published.

I'm sure he knows who MODOK is now, though, since Marvel probably rejects thousands of MODOK related concepts a week in addition to the hundreds of bad MODOK ideas they let happen. I'm really sorry about that.

This one's also got a great Sam Henderson centerfold, an examination of the Marvel 1994 shareholders' report, more art by Patrick Dean, and I think a thing or two about MODOK.

I'm sure you'll love it.

The Journal of MODOK Studies Number 2 (or at least a digital representation thereof) can be yours simply by following this link to download it.
Posted by George Tarleton at 7:46 AM No comments:

Labels: MODOK, Patrick Dean, Sam Henderson, The Journal of MODOK Studies, Why I should own the copyright to MODOK

The Journal of MODOK Studies #1 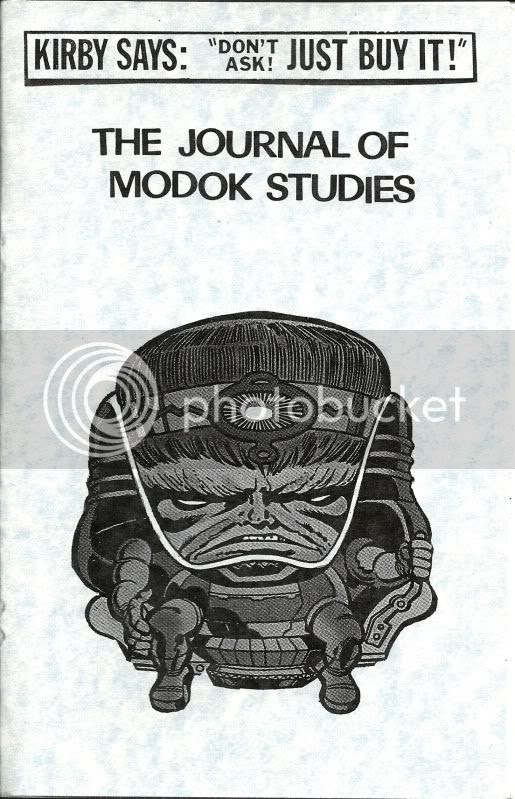 First of all, do you people know how difficult it is to combine a bunch of .pdf files into one document? You probably do, but I did not. At least not until today. I probably should have made Robert do it, since he published this junk in the first place an he knows about computers and photocopiers and whatever. I just sit in the house watching Court TV and reading comic books. Anyway, here's the worldwide sensation that is The Journal of MODOK Studies number one. This was published by the goons at Second Period Industries sometime in 2002, I think. I can't remember.

Click here to download this gigantic .pdf I made. I hope you people like this thing. It reminds me of the good times me an MODOK used to have, until he started giving out the goods to any and every hackneyed storyline those people at Marvel Comics could come up with.

The next couple of issues will be up in the next week or two and then we start in with the other junk. Hooray for the internet!
Posted by George Tarleton at 8:35 AM No comments:

This whole damned thing is my fault.

It is. It's true. Around the turn of the century, I wrote a stupid little 'zine called The Journal of MODOK Studies. It was awesome. Not because of anything I did, necessarily, but because it exposed the world to the awesomeness of MODOK. I even went to the San Diego Comic Book Convention and gave copies of the book to everyone at the Marvel booth. People liked this 'zine. People liked this 'zine because people liked MODOK. But now, now that bastard's everywhere. He's basically a running gag over there in the Marvel Universe. People are writing and drawing all kinds of MODOK stories. He's not this crazy big-headed guy you have to search back issues of ClanDestine to find 2 or 3 panels of MODOK goodness. And you know what? I'm taking full credit for all of it. And for that, I'm sorry. But, basically...he's not mine anymore.

So MODOK and I are breaking up. We had a good run. I was cool with him having things on the side. It was an open thing. But them I noticed that I was putting way more into this relationship than I was getting out. MODOK was out there hamming it up in everything from straight-up "serious" superhero stuff to "wacky" re-imaginings of "what if MODOK lived in his mom's basement" or whatever. So, world, he's yours. You can have him. I loved him, and in a lot of ways, I still do, but it's just not working out. It's not him...it's me. It's something I'm going through. I'll deal with it.

BUT...you guys are the winners because if you keep watching this space, you're gonna get all three issues of The Journal of MODOK Studies as well as all the stuff I had together for the 4th issue that was never published and whatever other MODOK crap I have around. Take it. It's yours.
Posted by George Tarleton at 5:53 PM 4 comments: